Where It All Began

This is a story of generations of meat cutters and sausage makers; a story rooted in the 19th century and still going strong into the 21st. In 1946 Robert Glier returned home from World War II. Upon returning Robert bought a small store with a sausage kitchen and a smokehouse. Since he has trained in his families butcher shop as a youth, he felt right at home. Robert made sausages as his wife, Louise, assisted customers. In the winter months Robert created his version of a celebrated regional dish of pork, beef, steel-cut oats, and seasoning. Somewhat similar to sausage and scrapple this regional specialty is called “Goetta.” Which was originated in the late 1800’s, Goetta later became the cornerstone of Gliers Meats, Inc.

With hard work and fine products, the shop grew. In the mid 50’s, increased demand allowed Robert to wholesale other markets. In the 60’s Gliers Meats became even larger, adding a full meat processing facility and expanded the sausage kitchen. In 1972 Roberts son, Dan, who worked at the business before going to college, joined his father full time. Five years later in 1977 Dan assumed the presidency of Gliers Meats and still remains today. Under Dan’s leadership Gliers Meats continues to grow and evolve, winning a reputation for exceptional specialty items. In addition to lunch meats and linked sausage items. Yet even today, goetta remains the product most associated with the Gliers name. More recently Dan’s son, David, has joined his father in the meat business, ensuring the continued family ownership of Gliers Meats going into the third generation, which spans over 70 years. 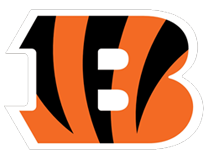